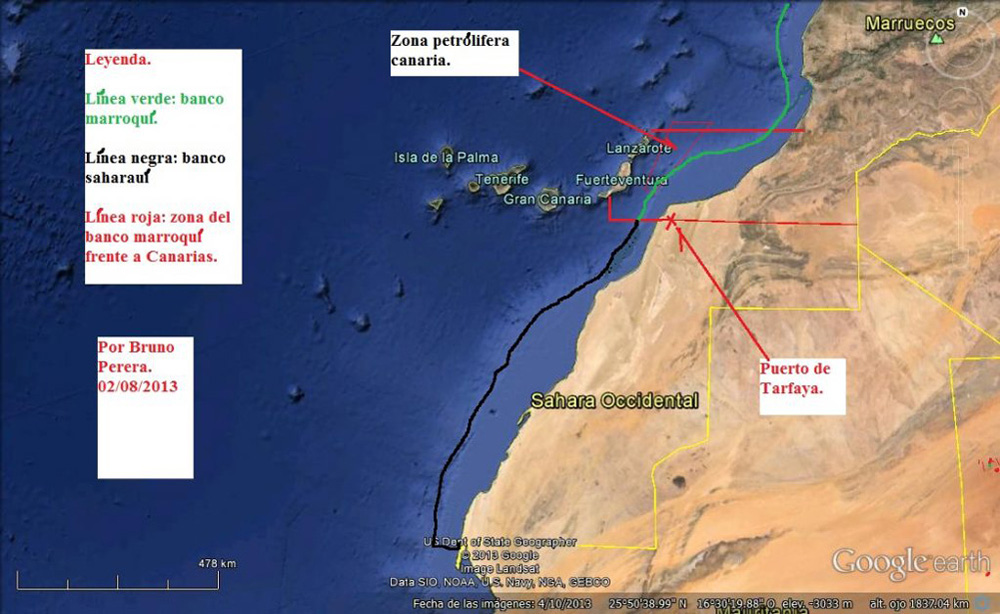 On 20 December 2017 Ente Nazionale Idrocarburi (Eni) signed a Petroleum Agreement  with the Moroccan State Company ONHYM to enter into the Tarfaya Offshore Shallow exploration permits I-XII, located in the waters of the Atlantic Ocean offshore the cities of Sidi Ifni, Tan Tan and Tarfaya.

Following the agreement, which is subject to the authorization of the Moroccan authorities, Eni will be the Operator of the license with a 75% stake, while ONHYM will retain a 25% stake. The exploration rights cover an area of 23,900 square kilometers, with a water depth ranging from zero to 1,000 metres, and with liquid hydrocarbons potential in place.

The new Petroleum Agreement enables Eni to enlarge its existing position in Morocco, in line with the Company’s strategy aimed at diversifying its exploration portfolio in basins with high hydrocarbon potential. Eni is already present in Morocco through its operatorship in the Rabat Deep Offshore license (Eni 40%, ONHYM 25%, Woodside 25%, Chariot 10%) and the El Jadida Offshore license (Eni 75%, ONHYM 25%),

Outlaws face to face. Both, the kingdom of Morocco and the Kingdom of Spain had previously authorized the realization of the criminal oil exploration in that area, specifically to oil companies REPSOL and KOSMOS, respectively, authorizations that were appealed by the Movement for the Unity of the Canarian People before the International Tribunal for the Law of the Sea because these exploration affected the Canary-Saharan Fisheries Bank, one of the five nutrient upwelling zones in the world, probably the most productive.

The authorization granted by the Kingdom of Spain to REPSOL infringed international law given that it recognizes Spain as the colonial power administrator of the Canary Islands twelve miles around each island and the authorizations were outside those twelve miles, which could also have recurred by the kingdom of Morocco, but probably not because of the pacts made between the borbon and alahuita monarchies to share the exploitation of abundant fossil fuels in that area.

Likewise, the concessions made by Morocco to the oil company KOSMOS also violated international law, given that at least part of these explorations affected Saharan waters over which the United Nations does not recognize the kingdom of Morocco jurisdiction, therefore also the kingdom of Spain could have resorted these authorizations but it did not do it because the pacts subscribed between both kingdoms, as it was said previously.

Given the special ecological characteristics of the area, it is not only about who has jurisdiction over these waters, but about the responsible international organizations arbitrating and guaranteeing the protection thereof, for which popular mobilization is essential, at least at the same level that has happened so far, along with the boycott of all those companies without environmental scruples, such as REPSOL, KOSMOS, ENI, ONHYM, Woodside, etc.

The decition is not new, the Norwegian central bank, which runs the country’s sovereign wealth fund – the world’s biggest – has told its government it should dump its shares in oil and gas companies, in a move that could have significant consequences for the sector. Norges Bank, which manages Norway’s $1tn fund, said ministers should take the step to avoid the fund’s value being hit by a permanent fall in the oil price.

‘It is not surprising that we see that the administrators of the largest sovereign fund in the world are not willing to take the increasing risks associated with gas and oil assets, which have no future in the long term’, said Paul Fisher, deputy head of the bank’s prudential regulation authority (PRA) that supervises banks and insurers and is tasked with avoiding systemic risks to the economy, and associate researcher at the Institute for Sustainable Leadership at the University of Cambridge, sentence which has not yet understood by the Canary Islands government, although it is as simple as easy to understand, because the government try to implement the gas that no modern society, progressive and aware of the environmental deterioration demands.

From the Movement for the Unity of the Canary People, committed to the protection of the Environment and Nature, we have started a collection of signatures, which can be signed and promoted in the attached link, for the delimitation and protection of the enormous biodiversity of those waters (see adjust document).